The posters are likely linked to recent protests in Durham, where a Confederate statue was knocked down by protesters during a rally, and on the campus of UNC-Chapel Hill, where hundreds of students and members of the community came together to come together for the removal of the “Silent Statue of Sam”.

Both protests resulted in arrests. 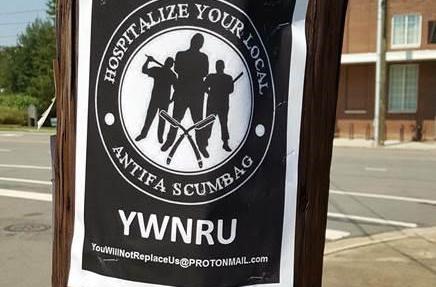 Antifa refers to an anti-fascist group that seeks to combat fascism through direct action.

The posters bear the initials YWNRU and the email [email protected] “You will not replace us” is a white supremacist slogan.

Matt Gladdek of Downtown Durham Inc. said he reported the email to Proton Mail, who responded that it had been suspended.